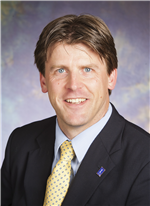 Kenis graduated from Radboud University in Nijmegen, The Netherlands with a B.S. in Chemistry in 1993. He then earned a Ph.D. in Chemical Engineering from the University of Twente, The Netherlands in 1997. He was a Postdoctoral Fellow at Harvard University under George Whitesides from December 1997 to August 2000. He then joined the Chemical and Biomolecular Engineering faculty at the University of Illinois as an Assistant Professor, and has been a full Professor since 2010, serving as the department’s head since 2011.

His research focuses on the development of microchemical systems to study fundamental phenomena as well as a wide range of applications in energy conversion and chemical synthesis. Most recently his efforts have focused on microreactors for the synthesis of semiconducting nanoparticles, and, most prominently, on developing catalysts, electrodes, and electrolyzers for the efficient electrocatalytic reduction of carbon dioxide to value-added chemicals.